Some say he mastered the supervillain look nearly 30 years ago, and he recently skipped a $14 million bail on a fraud arrest in Japan by shipping himself in a crate. All we know is he’s not The Stig, he’s former Nissan CEO Carlos Ghosn. Indeed, the story trickling out of Japan after Ghosn’s escape to Lebanon last week—more specifically, how he did it—is incredible.

But even the superwealthy can’t just walk right past border agents in a country where they’re under arrest and awaiting trial, right? Probably. The Wall Street Journal reports that the 65-year-old Ghosn made the transfer from his car to his plane in Osaka’s Kansai airport riding inside a large musical-equipment case perhaps similar to the one pictured above.

As best we can piece things together, drawing from various reports, Ghosn’s escape ran something like this: 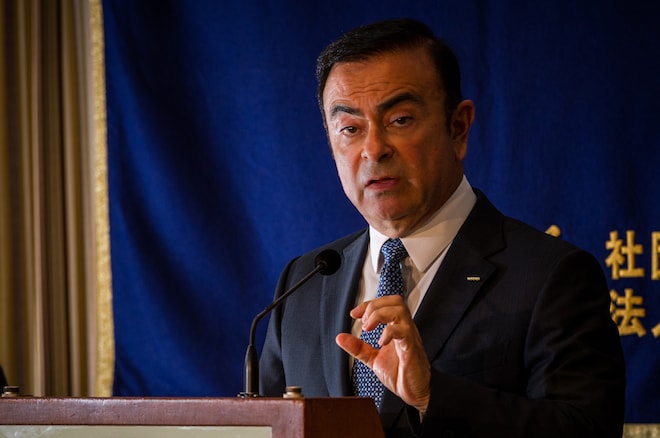 Fine, you say, but where did Ghosn get the musical equipment case from? From a band of Gregorian musicians. Naturally. Japan is continuing to push for Ghosn’s extradition from Lebanon, but it is not viewed as likely that Lebanon, where Ghosn is a citizen, will hand over Nissan’s ex-CEO. Likewise, France, where Ghosn also holds citizenship, has said it will uphold is policy of never extraditing its nationals should Ghosn make his way there. Ghosn also holds Brazilian citizenship, but the South American country is not expected to come into play in Ghosn’s game of cat and mouse.

Ghosn, for his part, is taking a strong stance on his unexpected departure from Japan. “I am now in Lebanon and will no longer be held hostage by a rigged Japanese justice system,” said Ghosn in a statement released after his escape, “where guilt is presumed, discrimination is rampant, and basic human rights are denied… I have not fled justice — I have escaped injustice and political persecution.”

Ghosn was under arrest in Japan for multiple counts of financial misconduct allegedly committed during his tenure as CEO of Nissan. Ghosn was also formerly CEO of Renault and Mitsubishi, and spent 18 years at Michelin at the beginning of his career, eventually rising to CEO of Michelin North America.

Read More
It’s Official: FCA Merging with Peugeot-Citroën
With Ghosn Out, Does Nissan Have a Future?
Carlos Ghosn Apparently Jumps Bail to Lebanon

The post Carlos Ghosn’s Wild Escape from Japan: How He Made It Out appeared first on Automobile Magazine.